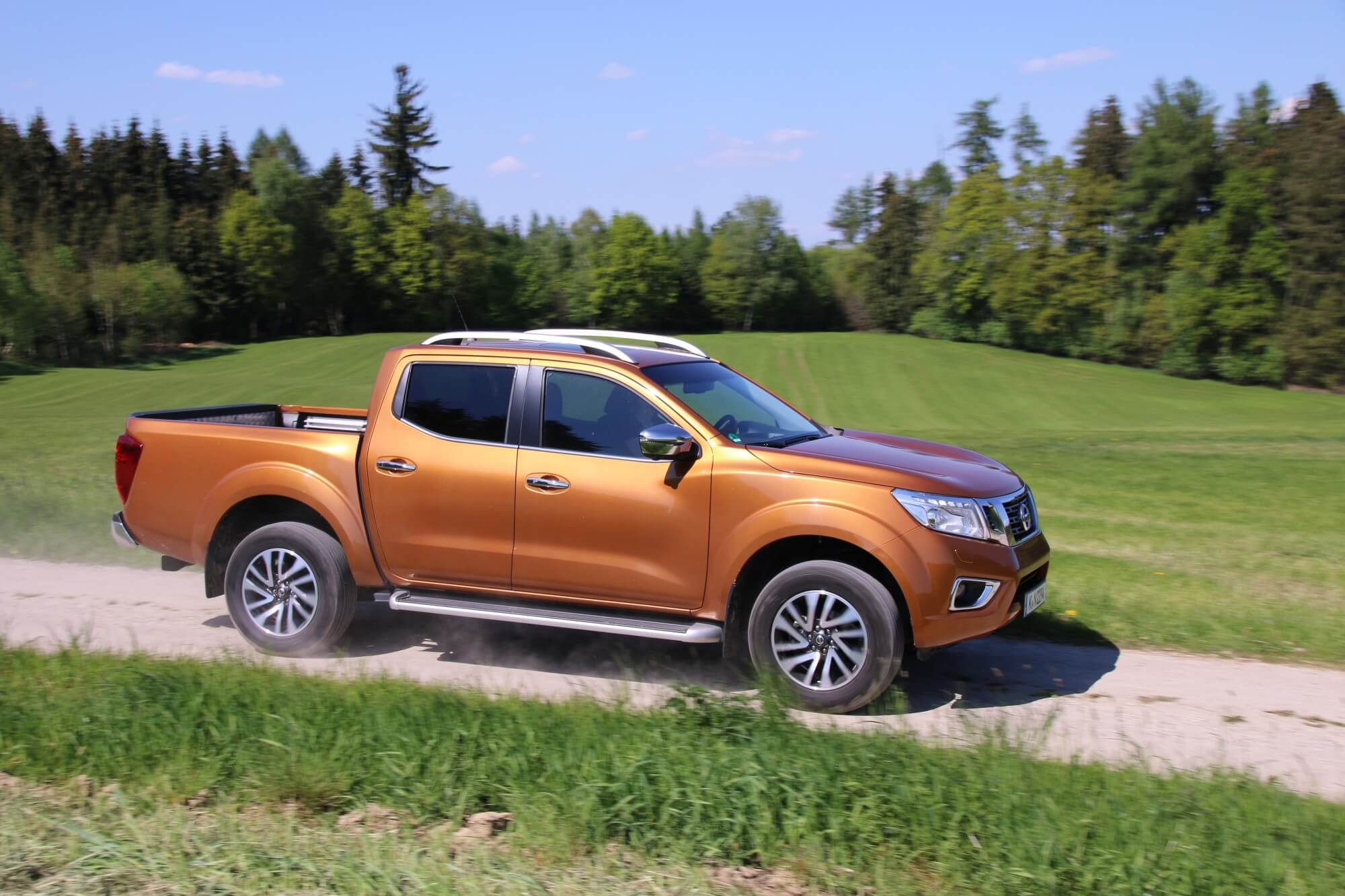 The new Nissan Titan is a vast improvement over its predecessors, with a classy interior, two powerful engine options, and a much sleeker exterior. This is why its sales increased by as much as 274 percent in 2017. Newer versions have even sold more units.

The 2019 Nissan Titan XD is a notch higher than your regular Titan, adding plush and luxury to its commercial and hardy counterpart.

The Titan vs. the Titan XD

While these trucks look aesthetically similar, they're distinctly different for several reasons.

First, the XD is built on a heftier and sturdier frame ideal to bear heavier loads or tow greater weight than the Titan. The XD is also the only Nissan truck in the market that is built with the 5000cc Cummins turbo-diesel engine. This engine carries the power of a whopping 310 horses, with a torque of 555 lb-ft and a six-speed Aisin auto transmission.

If you’re thinking about buying the Titan XD, here are ten convincing reasons to take the plunge.

The 2019 Nissan Titan XD comes fitted with a sturdy Endurance V8 engine. Providing a massive 390 horsepower (hp) on tap, this engine holds its own against other V8 engines available today. Its tow capacity can reach 10,000 pounds with depressing its performance.

The XD also features a highly responsive seven-speed transmission that provides instant power delivery. When empty, the XD can go from 0-60 mph in 6.7 seconds – pretty impressive!

2. Diesel Engine Made for Heavy Loads

Even though its standard V8 gasoline engine has pretty impressive performance, many truck drivers will prefer a diesel engine for heavy-lifting.

Enter the Cummins 5000cc turbo-diesel engine. Its capabilities make up in lifting capacity what they lack in speed. Single cab XDs can easily tow up to 12,500 pounds. Even when loaded to maximum capacity, the truck handles like a freight train – sturdy and unyielding.

The 2019 Nissan Titan XD can be called many things, but small isn't one of them. Regardless, the truck drives much easier than you'd expect for a truck of its size. The XD is admirable among automotive journalists for its exceptional maneuverability.

Sharp steering makes for effortless navigation around crowded city streets and long highways. It handles securely when navigating curvy roads, and the cushioned interior provides a comfortable on and off-road driving experience.

Even though every XD model comes with a proficient four-wheel-drive system, the Titan XD 4X-Pro was explicitly made for off-roading. If you're going to spend the bulk of your time on rough terrain, the 4X-Pro is a perfect choice for you. Crawl up steep hills, rocky pathways and muddy trails with confidence in this bad boy.

Nissan has equipped the 4X-Pro with all the essential off-road gear. For instance, you can get better traction driving slippery surfaces thanks to the lockable rear differential. Also, the superior Brillstein shocks will keep your truck well-balanced when maneuvering rugged landscapes.

5. More Style in the Midnight Edition

If you’re one of those who doesn’t want to sacrifice style at the altar of function, think beyond the standard Nissan Titan XD. The 4X-Pro’s brawny look is made for adventurers, but the Midnight Edition appearance XD is made for style.

The ME XD is dark and stately, made to stand out from the crowd. It features highlighted blacked-out exterior trim and black accented headlight. The black 20-inch wheels command their own attention.

The Midnight Edition is available in Magnetic Black, Glacier White and Gun Metallic.

Full-sized trucks today are considered suitable for families. Just like its competitors, the XD features spacious cabin space, ideal for family travel. It can fit up to six people, with considerable rear leg space that makes for a comfortable drive over long distances.

The XD has outstandingly comfortable seating – front seats have cooling function while rear seats have warming function. The Platinum Reserve model has good in-cab storage space, so that you can secure your belongings safely within the cab.

Responding to complaints about its outdated Nissan Connect system, the car manufacturer has upped the ante on the new infotainment system in the 2019 XD. The new unit comes with standard features like Android Auto and Apple CarPlay, complete with an improved display with touch-screen functionality.

The Nissan Connect user interface has friendly controls, and its all-around simplicity is excellent for drivers that like stress-free technology.

Working with the Nissan Connect, the new premium Fender Sound System is something music lovers should be excited about. The new 485-watt system has acoustics designed to mimic a live concert. It features a nine-channel amplifier which transmits power to twelve speakers in total.

Heavy bass notes are accentuated by the eight-inch SLDD subwoofer, and the Acoustic Motion Control minimizes speaker vibration when playing music. The sound quality in the XD is unlike any of its predecessors because of this.

The internet is part and parcel of everyday life today, which is why the Nissan Titan XD provides round-the-clock internet access through its Wi-Fi hotspot. You can click into your favorite websites in transit using multiple devices – a huge advantage for families.

Your children will be grateful to be able to use their devices, especially during extended road trips. In addition, you don’t have to be stuck doing or watching or listening to what they are; you can have your own entertainment up front.

The XD’s five year/100,000 mile bumper to bumper warranty tells you everything you need to know about Nissan’s confidence in the latest release. Any problems during this period will be taken care of by the manufacturer, which is great for your pocket.

Enjoy the peace of mind that comes with knowing you’re taken care of for five good years – but because of its tested long-term durability, you know you probably won’t even need it.

As you can see, the 2019 Nissan Titan XD is truly one of a kind, and worth all the good reviews it has gotten so far. If you’re looking for your next big truck, this is the car to buy this year. You won’t regret it.

Are you looking for a car? Be sure to browse our new vehicle inventory.

1. You may at your option exchange the purchased used vehicle for a used vehicle of equal or greater value within 30 calendar days of the original delivery date. At your request you will receive the full original purchase price as trade value on your next purchase. This excludes tax, license and damage against the non-discounted price of a used vehicle in stock.

2. You will have to qualify for financing with respect to satisfying any payoff or deficiency on the vehicle you wish to exchange. You have the ultimate responsibility to provide clear title of the exchanged vehicle to Antelope Valley Nissan.

3. You will not be reimbursed for any time or money spent on the repairs, maintenance or improvements of the vehicle you wish to exchange. Vehicle must be returned in same mechanical and cosmetic condition to be eligible for exchange, excluding normal “wear and tear”.

4. Additional terms & conditions as follows: *Only one 30-day exchange will be allowed per customer per calendar year. Only the purchaser may return the vehicle to Antelope Valley Nissan. This offer is not transferable, assignable or exercisable by anyone else.

*The vehicle must be returned to the location where it was purchased by 5:00 p.m. on or before the thirtieth day, (Purchase day is considered day one). If the thirtieth day is a holiday where the dealership is closed, then you may return it on the next regular business day if the return is made before 10:00 a.m. Weekends and holidays do not count as one of the thirty days.
*The mileage driven must be less than 1,000 miles, as shown by the odometer.
*Purchaser is liable for payment to Antelope Valley Nissan for any accessories, of any kind, made a part of, or otherwise added to the interior or exterior of the motor vehicle, by purchaser prior to the expiration of the 30-day exchange period.
*The vehicle must have continuous insurance coverage during this period.
*Please see dealer for full details.